Selected Books from the Libraries' Collection 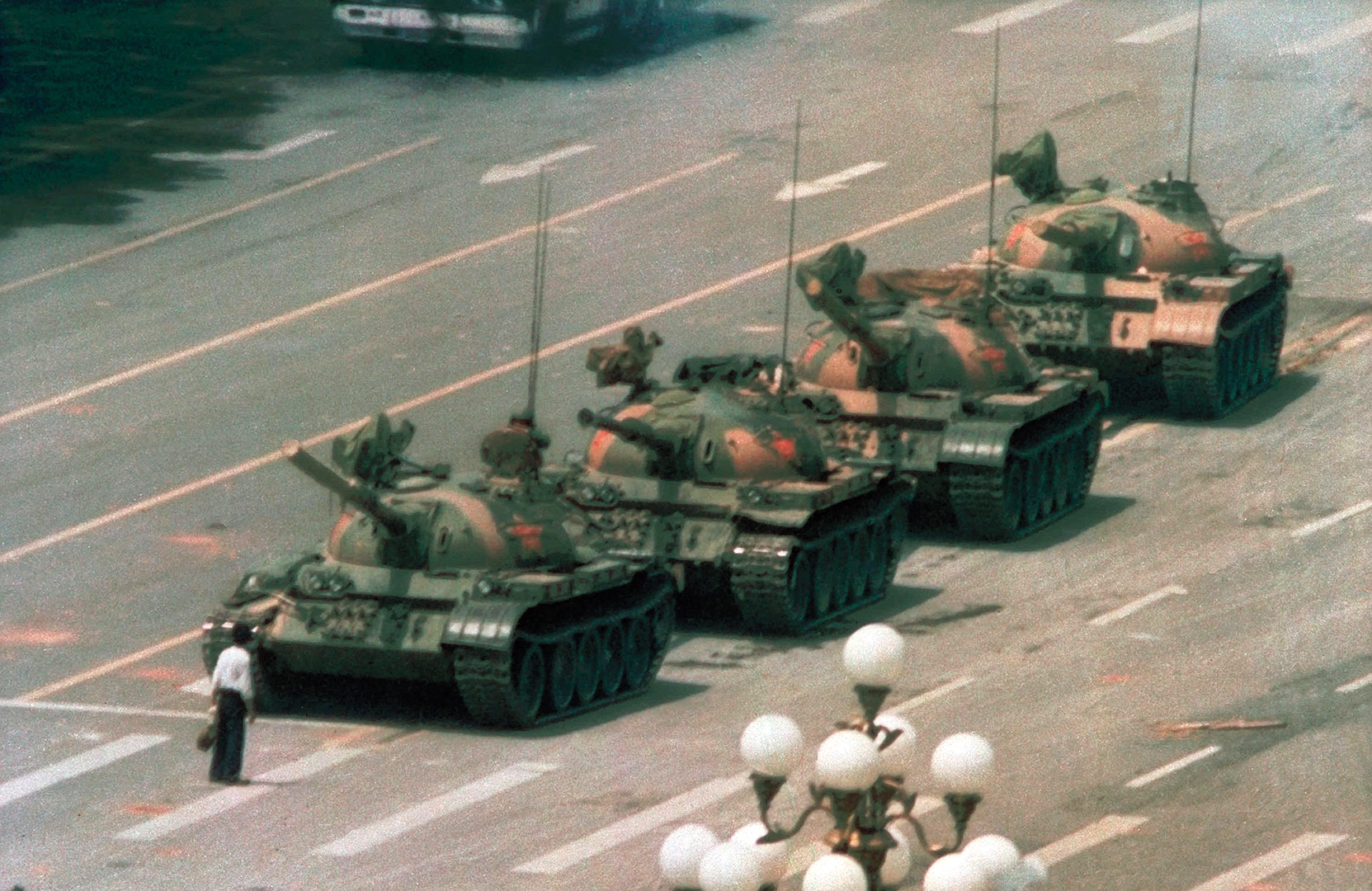 The day after the Chinese military moved into Beijing’s Tiananmen Square to forcibly remove pro-democracy protesters, this anonymous “Tank Man,” as he is famously known, stood in front of a column of tanks. According to TIME, Jeff Widener snapped this photograph from the sixth floor of the Beijing Hotel on June 5, 1989. Considered to be one of the most iconic photos of the 20th century, this image was immediately published around the world.

To learn more about this influential image, click on the photograph and check out TIME’s 100 Images profile and documentary short.