How to locate on-demand and online videos and movies and provide easy access to it for your students.. 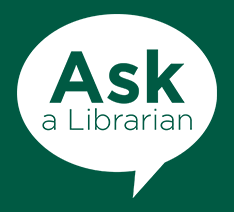 Subject Librarians will work with faculty and instructional staff to obtain video that is required for instructional use on a case by case basis.

Please fill out a request form.

By starting with a general term or keyword, it is possible to narrow down a search to video options using the Find it! search box on the Libraries' home page by applying the filters on the left side of the screen.

On the left side of the screen, look for the AVAILABILITY filter, and select "Full Text Online."   Then under MATERIAL TYPE, select "Audio Visual."     You may need to click on the "Show More" link in the MATERIAL TYPE filter to see the Audio Visual option.

Commercial pay for view services, such as Amazon Prime, Netflix and Hulu, often restrict the use of their services to personal use only.  Under fair use, this would prohibit the streaming of this content in the classroom.

However, it does not prohibit the assignment of such material to watch through personal accounts outside of the classroom.  As with all online material, accessibility issues and cost to the student(s) should be considered.

These sites allow you to quickly determine where content may be available.

Binghamton University Libraries Course Reserves will work with course instructors to provide access to the video through Brightspace.

When is PPR needed?
A PPR is needed if media will be shown outside of home viewing or classroom use.  This includes film series, student or faculty sponsored lectures, and club events.

What happens if a PPR is not obtained?
The sponsoring group of the event can be put at legal risk; as well as the owner/renter of the media that was shown without the PPR license.  For example, if it was a film owned or watched through the Libraries databases, the Libraries' access to the database could be revoked, among other risks.

Do I have to purchase the DVD or streaming video if my club or group wants to use it for a public viewing?
Many times you can "rent" it for a cost that includes PPR license. But there is not any general rules about this, it is a title by title decision made by the producer or distributor.

Obtaining the PPR license for media

The group or person who shows a title publicly is responsible for obtaining the PPR license, even if it is a title already owned by the Libraries.

These are some groups that can assist in securing a PPR license.  Information about the media that they own the rights for can be found on each site:

The Services for Students with Disability (SSD) Office at Binghamton University  will work with faculty and instructors who have SSD-registered students in their classes to make sure that assigned media viewing is fully accessible.   Binghamton University Libraries maintains a close relationship with SSD to assist in making these materials available, and as possible will work to provide suitable viewing areas as needed and possible.  Please see the Libraries' Students with Disabilities Services page for more information.

If faculty are interested in making their own videos or similar course content accessible, then the SSD Accessible Course Materials Page provides information on making the material fully accessible.