The PBO glossary contains more than 450 entries relating to bindings and the publishers' bindings era (1815-1930).

From Cave Paintings to the Internet, this is a chronological and thematic database on the history of information and media.

The Huntington Library, Art Collections and Botanical Gardens
The Huntington Library is one of the largest and most complete research libraries in the United States in its fields of specialization. Collections include rare books and manuscripts principally in the areas of British and American history and literature, 15th century European books, history of science, maritime history, science and technology, and Renaissance exploration and cartography.

Consortium of European Research Libraries (CERL)
CERL’s primary objective is to record all books printed in Europe during the hand-press period, i.e. before c.1830, in a machine-readable catalogue, called the Hand Press Book Database. Two other significant initiatives are the development of the CERL Thesaurus and the CERL Portal. The CERL Thesaurus was developed to address the problem that place name and personal names in Europe varied from country to country in the period of hand press printing. The CERL Thesaurus contains forms of imprint places, imprint names, personal names and corporate names as found in material printed before the middle of the nineteenth century—including variant spellings, forms in Latin and other languages, and fictitious names.

The European Library
“A portal which offers access to the combined resources (books, magazines, journals.…—both digital and non-digital) of the 45 national libraries of Europe. It offers free searching and delivers digital objects—some free, some priced.”

Karlsruher Virtueller Katalog KVK
A metasearch engine for querying the holdings of the major national libraries of the world, academic libraries in Germany, Switzerland, and Austria, and various new book sites in single, comprehensive queries.

Directory of Web Resources for the Rare Materials Cataloguer
Prepared by the Bibliographic Standards Committee of the Rare Book and Manuscripts Section of the Association of College Research Libraries, the links concern the following topics:

Library and Archives Exhibits Online This site features links to online exhibitions that have been created by libraries, archives, and historical societies, as well as to museum online exhibitions with a significant focus on library and archival materials. The scope is international and multi-lingual.

The PictureIt site puts some of the most beautiful and sought‐after items in the UM Library collections into the hands of readers worldwide – virtually.

Publishers' Bindings Online, 1815-1930 Decorative bindings cover many of the books that people have in their homes today, but their owners are often unaware of their cultural and historical significance. These bindings reflect not only social and cultural history, but bibliographic history as well.

The principal American societies include APHA, BSA, BSUVA, and SHARP. All have open membership, and they all sponsor the usual mix of journals, newsletters, conferences, and related activities.

The Bibliographical Society of America (BSA) Quarterly journal (Papers of the BSA); monographs; sponsors occasional lectures in various locations; annual meeting in NYC on the last Friday in January

The Bibliographical Society of the University of Virginia  (BSUVA) Annual volume (Studies in Bibliography, also available online free on the Society's website); monographs; annual meeting in March at UVa.

The Grolier Club Founded in 1884, the Grolier Club of New York is America’s oldest and largest society for bibliophiles and enthusiasts in the graphic arts. Named for Jean Grolier, the Renaissance collector renowned for sharing his library with friends, the Club’s objective is to foster "the literary study and promotion of the arts pertaining to the production of books.

The Society for the History of Authorship, Reading, and Publishing (SHARP) Annual volume (Book History); newsletter; online bulletin board

Missing Materials The loss of materials held in libraries and archives worldwide is a concern not only for owning institutions, but also for the international antiquarian book trade and global law enforcement. In order to deter thieves, prevent inadvertent purchases and recover valuable stolen cultural materials, OCLC Research, the RLG Partnership and the RBMS Security Committee convened members of the cultural heritage collecting community to explore strategies for sharing reliable information about missing rare books and other materials.

Missing or Stolen Maps Database  In early February 2008, the International Antiquarian Mapsellers Association (IAMA) voted to provide funding for the development and maintenance of a missing and stolen map database. The database is the result of advance cooperation and collaboration between dealers, collectors, librarians and curators. The names of the early non-IAMA member supporters may be seen online on our acknowledgment page. IAMA dealers are listed in a separate member directory. 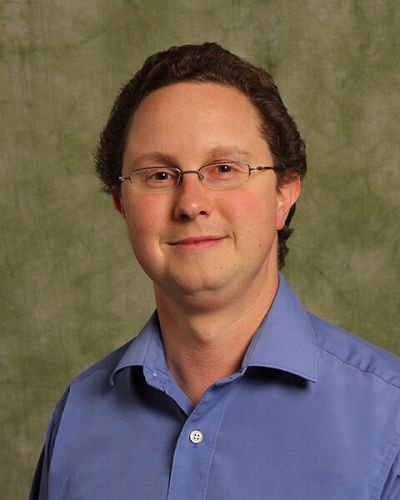 Here is a brief listing of related area subject guides.  A more comprehensive list of all library subject area guides is available.