AAAS384/HIST384 Minorities in China and Beyond 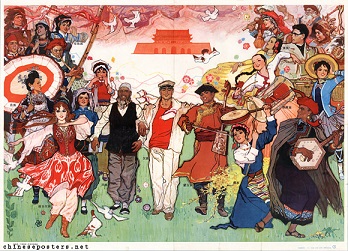 Our country is a united and unified multi-cultural nation 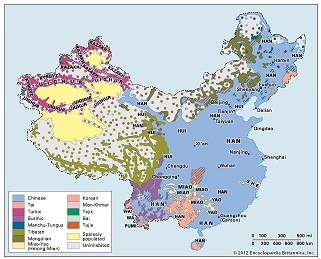 China is a multinational country, with a population composed of a large number of ethnic and linguistic groups. The Han (Chinese), the largest group, outnumber the minority groups or minority nationalities in every province or autonomous region except Tibet and Xinjiang. The Han, therefore, form the great homogeneous mass of the Chinese people, sharing the same culture, the same traditions, and the same written language. For this reason, the general basis for classifying the country’s population is largely linguistic rather than ethnic. Some 55 minority groups are spread over approximately three-fifths of the country’s total area. Where these minority groups are found in large numbers, they have been given some semblance of autonomy and self-government; autonomous regions of several types have been established on the basis of the geographic distribution of nationalities. 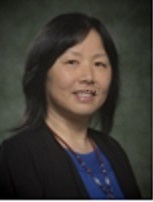